The Pokemon starters from the Kanto region have always been fan favorites around the franchise’s community. This is probably due to the fact that many players have fond memories of playing Pokemon Red and Blue and making the major decision of choosing between Charmander, Bulbasaur, and Squirtle at the start of their trainer journeys. So, it’s not very surprising that a fan of the three Generation 1 starter Pokemon has used the creatures as inspiration for the design of their custom clock.

The Starter Generation 1 Pokemon Are Beloved by Many Fans 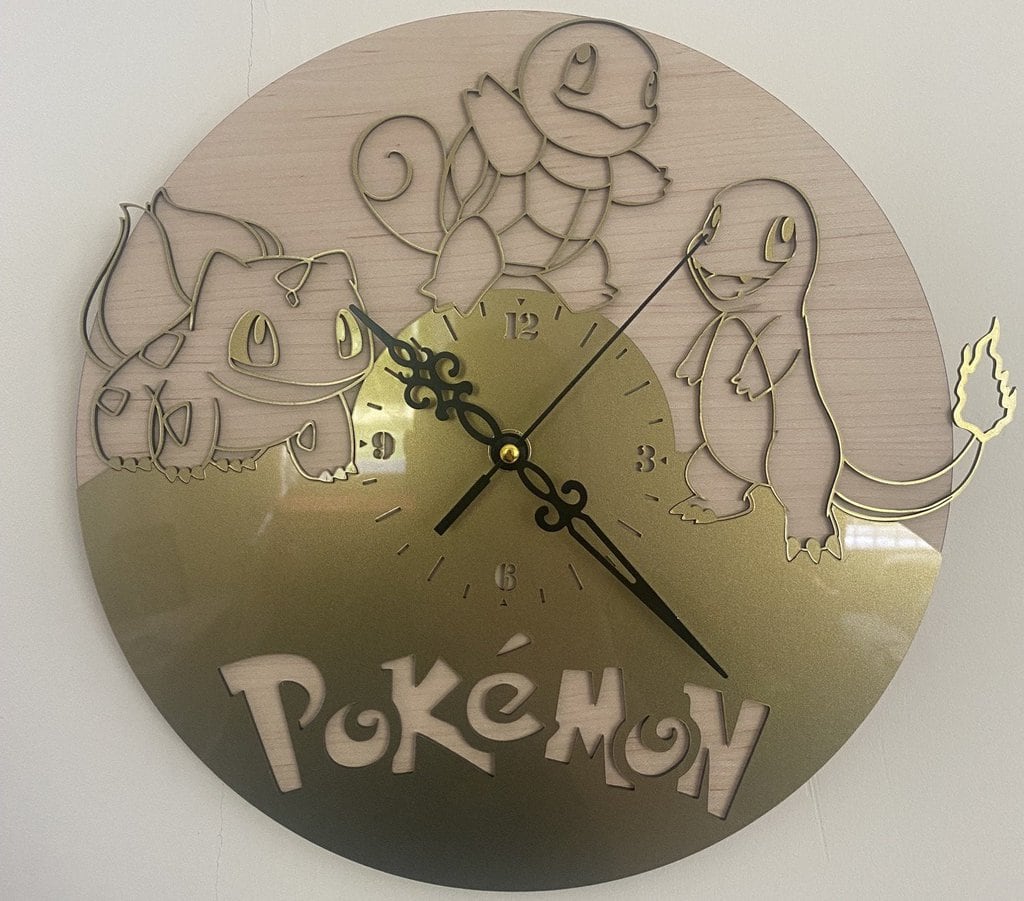 When the Pokemon Generation 1 starters were first introduced, it restarted the old discussion of which element and type different players preferred. This has been reflected in every Pokemon generation after the first, and players were always given the choice between three starter creatures of one of the three alignments. The choice has always been between Grass, Fire, and Water types, although the latter generations introduced hybrid types to give players more variety.

Redditor TrueOmega1990 has chosen a curious way to show off their love for the Pokemon franchise by sharing a custom-designed clock they designed. According to the maker, the clock was created at the request of their son to serve as a gift to one of his best friends. The artist used laser cutting equipment to customize the clock’s design, creating the shapes of the Pokemon Squirtle, Bulbasaur, and Charmander at the top of the clock and the logo of the franchise at the bottom.

Fellow fans of the franchise seemed to enjoy the custom clock, which is apparently the second Pokemon-themed clock they had produced with their laser cutting equipment. The other clock focused again on Pokemon from Generation 1, namely Pikachu, Snorlax, Jigglypuff, and Mewtwo.

Many complimented the work of the artist and wished they could get a similar clock. Many liked the clock with the Kanto region starters more than the one with Pikachu and the others on it.

Fans Got Protective of Steve Harrington in Stranger Things Season 4

It’s been a long time since the third season of Stranger Things came out back in the summer of ...

Jason Momoa Has Been Approached to Star in the Minecraft Film

A New Game About Tinkering and Soldering Old School Electronics

Not long ago, Last Call BBS was released. It was a puzzle anthology with a minigame about joining, ...