Minecraft is known for having a fair number of collaborations with food and snack companies since it has been first released, and now launching a new variety of ice cream. With collaborations going well for Minecraft and its partners, it’s possible that this won’t be the last time Minecraft-inspired food becomes available to the fans. 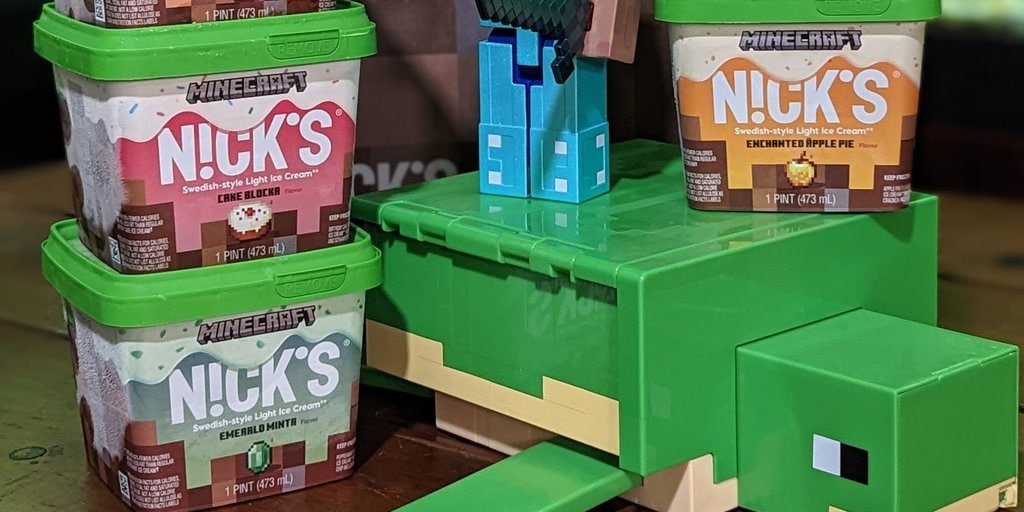 Minecraft is a game that is being played by a wide range of ages, from the young to the elderly, so various brands and types of food are often marketed to the fans. In this case, this ice cream appears to be a rather healthy choice. Minecraft is partnering with the snack brand N!CK’S to create new ice cream flavors. They will be four in total, and each flavor will be based on an in-game item or food. The flavors include Enchanted Apple Pie, Peanot Choklad Glowdust, Cake Blocka, and Emerald Minta. These will be lower in calories and without any added sugar, making them a keto-friendly diet choice. The packaging is reminiscent of the game’s theme and represents square containers that resemble the in-game blocks.

The New Flavors Are Only Available Online 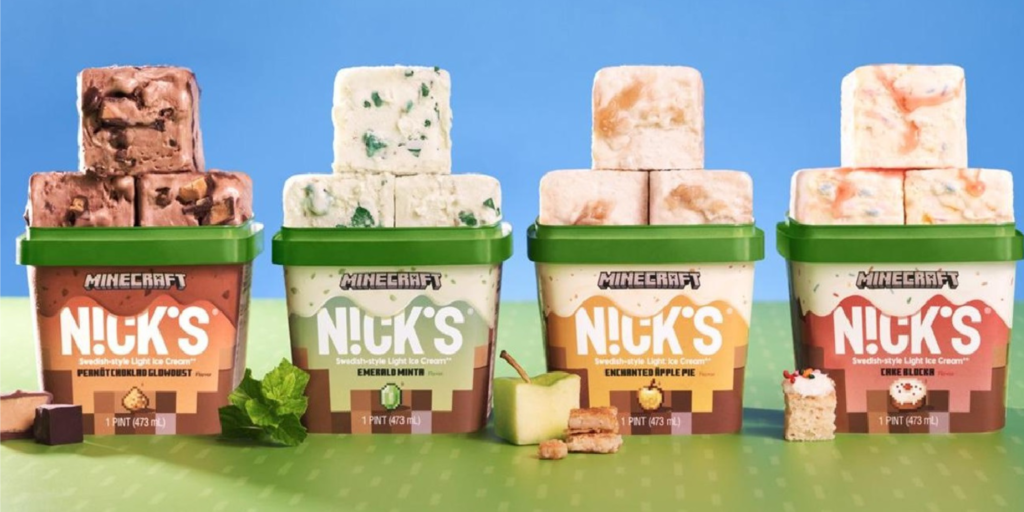 The Minecraft ice cream can only be bought online and will then be shipped to the purchaser’s home. Each pint is $9.99 and buyers can even get a bonus if they purchase Minecraft-themed flavor bundles, which come with a free non-Minecraft flavor. Because the product is frozen and shipping-only, fans will be unable to buy these products from second-hand sellers, meaning that price gouging will likely not be a thing.

N!CK’S has been around since 2017 and since then, it has made waves with its products, becoming the number one US direct-to-consumer pint ice cream delivery brand in 2021. Minecraft‘s prior food products include things like Minecraft Creeper Cereal and Eggo waffles. Many other popular games do partnerships with other brands but this one is rather unique because it has a healthy diet-safe option available.

Suit tailoring has returned stronger than before. Led by a new generation of designers, creators ...

Mom's Touch is a popular Asian fried chicken chain that has recently opened its first location in ...

One of the most important factors for pitchers to develop is velocity. In 2019, the average speed ...